He has been supervising major research projects and phd studies in the areas of moral development, citizenship education, multicultural education, educational change, cooperation of educational institutes, and youth development. He has received research grants of the Dutch Organisation for Scientific Research (NWO); The Ministries of Education, Law and Social Affairs; the National Pedagogical Centres, The National Curriculum Development Institute, etc.

– The network ‘Education for Democratic Intercultural Citizenship (EDIC) in which eight European universities work together in education and research. This network is funded by the European Erasmus Programme.

He is editor and founder of the bookseries ‘Moral Development and Citizenship Education’ of SensePublishers. He is associate editor of the Journal of Moral Education and member of the editorial boards of the journals Compare, International Journal of Leadership in Education, Pedagogiek, Akademeia, ECCOS, Revista Lusofona Educacao. He has published more than 60 articles in peer reviewed international academic journals.

– ‘Active Citizenship in the European Union’ led by the University of London/Southampton (Dr. Hoskins) (2011-2012).

– In the ALFA programme the project RIAIPE3 about universities and society in Europe and Latin America (2011-2013), coordinated by University of Lusofino Lisbon (2011-2013)

– The FP7 project Parrise on science and society, coordinated by Utrecht University (2014- 2017).

He has done several evaluation and review studies on research of citizenship education, active participation of citizens, and local citizenship for the Dutch Council of Scientific Research (1999; 2003; 2008) and the Dutch Government (2004; 2011). 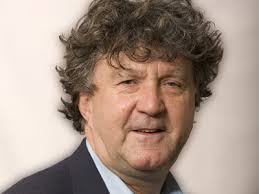